The Original Band of Brothers Tour

WE HAVE RECEIVED CALLS, EMAILS AND FACEBOOK MESSAGES FROM BEYOND BAND OF BROTHERS CUSTOMERS WHO CANNOT REACH THAT COMPANY. STEPHEN AMBROSE HISTORICAL TOURS DOES NOT HAVE A LEGAL, BUSINESS OR ANY OTHER TYPE OF ARRANGEMENT WITH BEYOND BAND OF BROTHERS. WE ARE HAPPY TO SPEAK WITH ANY BBOB GUEST WHO HAS FURTHER QUESTIONS.

Lives remembered are never lost. Book a tour you will never forget! 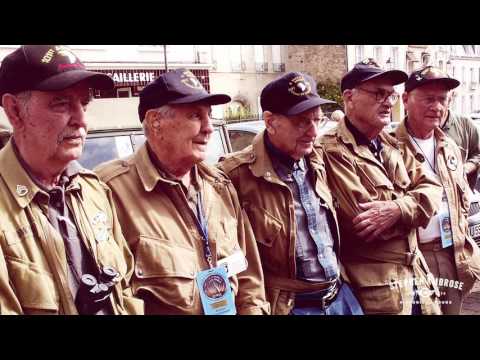 We are delighted to share “Through My Father’s Eyes,” a video by George Luz, Jr. about his father, Easy Company member George Luz. George originally shared stories of his father, who was a paratrooper with the 506th Parachute Infantry Regiment, with his local PBS station in Rhode Island in an episode called “Hometown Hero.” He has graciously … >>

By Chris Anderson “One of the pillars of Easy Company,” was how Major Richard Winters described him. George Luz was born into a large Portuguese-American family in Fall River Massachusetts on July 17, 1921. Moving with his family to Rhode Island in search of work, Luz quit school in his junior year to help his … >>